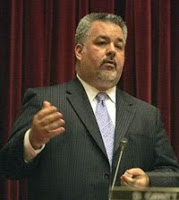 “It is with great pride that I am introducing the Marriage Equality Act. Since the Assembly last passed the bill in 2009, there has been an overwhelming groundswell of support for Marriage Equality across our state. Recent poll numbers have shown a strong majority of New Yorkers now stand firmly in support of Marriage Equality. However, nowhere was this powerful belief in equality more clear than at Monday’s ‘Equality and Justice Day’ rally in Albany, where citizens from across our state came together and demanded equality under law in one unified voice.”