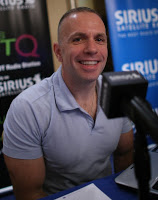 [D]enialists and elitists who believe they are superior to other gays — even if the attitude masks a pitiful self-loathing — are clearly as prevalent as ever in the LGBT movement, except that they can now be out of the closet. Perversely, the fact that we can find such people in GOProud is a measure of our success. The other thing we’ve learned is that the Christian right, contrary to all the media blather about it losing steam as the Tea Party ascends, still has a grip on the GOP, and this can actually be helpful in gaining civil rights through the Democratic Party—if the Democrats recognize a useful wedge issue staring them in the face. [snip]

GOProud’s Chris Barron fits right in, often appearing desperate for Republican acceptance, compromising his positions at a moment’s notice—if he even had any to begin with. Formerly political director for the Log Cabin Republicans, he broke away and cofounded GOProud, claiming that Log Cabin wasn’t conservative enough. Since its founding in 2009, GOProud slowly moved in the direction of not taking any pro-gay positions, all in an attempt to be included in the Republican Party, even though Barron oddly once tweeted that GOProud is “a gay organization, we only work on gay issues.”

Previous Bryan Fischer: Gays Are Nazis
Next Homosexuals Brought On The Rapture