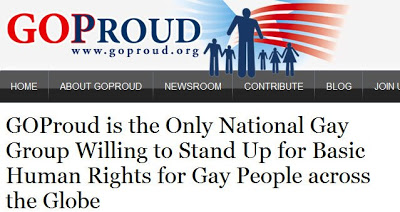 GOProud: Other LGBT Groups Have Refused To Sign Our Anti-Islam Letter Today, GOProud, the only national group gay conservatives and their allies, released an open letter on action in Libya and on the need to stand up for the basic human rights of gay people across the globe. GOProud circulated the sign on letter to other national gay groups, and all declined to sign it. “It is a sad for gay people across the globe when so many national gay groups would literally sacrifice their lives at the altar of political correctness,” said Jimmy LaSalvia, Executive Director. “It may be an inconvenient truth for the left, but it is still the truth – the spread of radical Islam, and the proliferation of brutal dictatorial regimes that support jihadist terrorism, represent the greatest threat to the safety of gay people worldwide.” “The leadership of the gay left in this country is more concerned with demonizing Christians in this country for not supporting gay marriage then they are in standing up to the spread of radicalized Islam that literally kills people for simply being gay or lesbian,” continued LaSalvia.

I have a feeling that if GOProud issued a letter declaring that kittens are cute, they still couldn’t get anybody else to sign on.