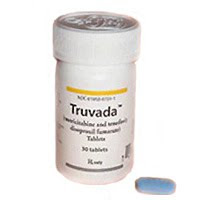 Citing poor early results, researchers have halted an African study in which women were given the HIV medication Truvada as a preventive to infection. Pre-exposure prophylaxis (PrEP) has been considered one of the more promising advances against AIDS.

Women taking Truvada, made by Gilead Sciences Inc., are just as likely to get HIV as other women who have been given dummy pills, an interim analysis of the study found. Even if the study were to continue, it would not be able to determine whether the pills help prevent infection, since the results are even this far along, researchers said. The finding is disappointing because another study last fall concluded that Truvada did help prevent infections in gay and bisexual men when given with condoms, counseling and other prevention services. Many AIDS experts view that as a breakthrough that might help slow the epidemic.

Last month the U.S.-based AIDS Healthcare Foundation denounced a similar study for gay men, saying, “There is no magic pill.” Truvada costs as much as $14,000/year in the United States, but is available in generic form overseas for as little as $140/year.