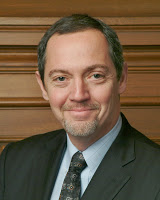 Openly gay San Francisco Supervisor Bevan Dufty has picked up the endorsement of the Victory Fund in his bid to become mayor. That’s a critical development for Dufty, who faces a mayoral field cluttered with almost two dozen declared candidates. SF Weekly reports:

The Victory Fund’s endorsement signals a huge shift for Dufty’s campaign, political consultants said. The group is known for its fund-raising prowess and it has a strong national donor network that helped Annise Parker get elected as the first openly gay mayor in Houston, Texas. And if it can help Houston elect a gay mayor, than San Francisco should be a no-brainer. “He can raise significant money from that community,” said Jim Ross, a local campaign consultant. “This is really good.” Ross pointed out that Dufty remains one of the most popular politicians, and comes from the largest voting district, which puts him in a strong position. More importantly, he can now access money from LGBT communities across the nation, which will help him make a comeback in this race.

San Francisco’s mayor will be chosen by a ranked-choice method: “Under ranked-choice voting, voters list their first, second and third choices. If no candidate wins more than half the vote, last-place candidates are eliminated and second- and third-place votes from those ballots are redistributed until someone wins a majority.” Confusing!

UNRELATED: In 2008 I was seated next to Bevan Dufty for the San Francisco premiere screening of Milk. And all I could think was how strange it was to be watching a movie about a murdered gay politician while sitting next to the gay politician who now held that same office.