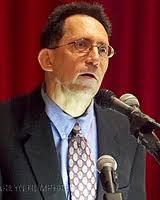 Quote Of The Day – Brian Camenker “Early on, a pro-family group made an effort to pull all the Maryland groups into a ‘coalition’ under a unified leadership. They would dictate strategy. They also insisted that the pro-marriage message be tightly controlled, that it be ‘moderate’ and not anti-gay or otherwise ‘fringe’ sounding, be calm and not too emotional, and that they decide who testifies at the marriage hearings, and what the testimony would be.

“That’s what happened in Massachusetts in 2005-2007 and it led to a huge failure. On our MassResistance conference calls we advised Maryland activists to ignore that — and act independently with their own messages, and be as emotional and outspoken as they feel appropriate. Luckily eventually everyone did that and the coalition effectively fell apart. It was the best thing that could have happened.” –Brian Camenker of the SPLC-certified hate group MassResistance, saying that marriage failed in Maryland because his side ignored moderate pleas that they not sound so rabidly anti-gay.