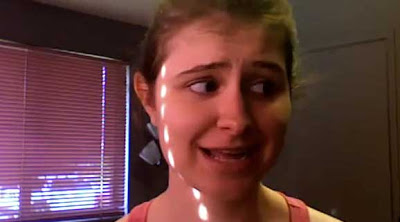 The Queen Of Poe’s Law The young woman whose “God Punished Japan” video rocketed around the world yesterday, has confessed that she is actually an atheist troll.

The woman, with the username TamTamPamela, uploaded a video in the days after last week’s massive earthquake and subsequent tsunami, claiming the disaster was “God literally waking people up and saying “You are going to hell” However, she was met with such a hostile response – including threats of death and rape (and even had her phone number and address published in some forums) – that she has gone into hiding. Other, less hard-line, wits decided to wage a war of food on her – getting non-stop pizzas delivered to her home. And well-known atheist Richard Dawkins even posted the original video on his website, but did so without providing a comment. A follow-up video in which tamtampamela admits she is a maker of troll videos did nothing to stem the flow of invective directed at her – one blogger encouraged people to “send her a turd” in the mail.

Aside from her superb acting skills, which took in almost everybody unaware of her YouTube history (myself included), TamTamPamela vividly demonstrated Poe’s Law, which states that no satire of religious fundamentalism, no matter how offensive or outrageous, can be distinguished from the actual whackadoodles who believe such nonsense.

Previous Sarah Palin Is The Chosen One
Next QUEENS: Party Crashers Beat Teen To Death While Shouting Anti-Gay Slurs