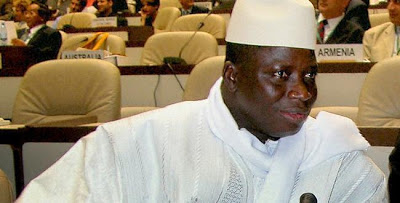 “Yes I did make those comments but did I actually cut off anyone’s head? Have I ever arrested anyone for being gay? No, but Senegal has arrested and imprisoned someone for being gay and they receive the [Millennium Development Goals]. There are gays here in The Gambia, I know that. But they live in secret and that is fine with me, as long as long as they go about their business in private we don’t mind. But if you are talking about marrying in this country, that will never happen. We will never accept gays.” – Gambian president Yahya Jammeh, confirming a U.S. State Department cable released by Wikileaks in which he is quoted as threatening to decapitate “any homosexual in Gambia.”