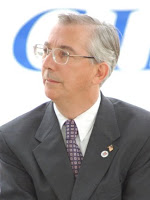 Eugene Delgaudio, the self-titled Public Advocate of the United States, writes us today with the news that radical homosexual pirates were running amok at last month’s annual Gasparilla Festival in Tampa.

The event is a full two weeks of seemingly family oriented events, with parades and treasure hunts around the city. But in recent years Radical Homosexuals have been intent on turning it into a two week alcohol fueled display of public debauchery. Organizers started by purposefully making the parade route zig-zag so no one could call it a “straight parade.” Word is that Radical Homosexuals have infiltrated as event organizers to promote homosexual events that are designed to prey upon unsuspecting college students by enticing them to join their “krewes” and help build parade floats in exchange for free alcohol. When the young men are sufficiently intoxicated, homosexuals dressed as pirates whisk them away to God knows where to take advantage of them sexually. There are even countless stories of any number of immoral sex act being performed by open homosexuals – some even in broad daylight during the event.

As entertaining as Delgaudio’s missives always are, they are not, as some of you have speculated, mere satire. He is a real life elected public official in Virginia and one of the most famously loony tunes anti-gay activists in the United States.