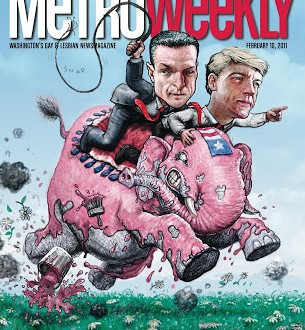 The GOProud/CPAC kerfuffle is the cover story for today’s Metro Weekly, which should appear online by the end of the day. Reporter Chris Geidner interviewed me for about an hour on Monday, so we have to see how much of my take was, uh, printable. Here’s the teaser, via press release: