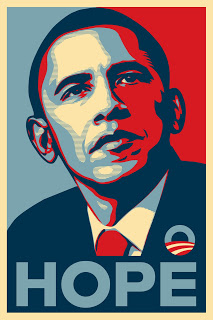 Shepard Fairey has settled his long-running dispute with the Associated Press over their photograph of Barack Obama, which Fairey turned into his now-iconic “Hope” poster.

In settling the civil lawsuit, “The A.P. and Mr. Fairey have agreed that neither side surrenders its view of the law,” The Associated Press said in a statement Wednesday. “Mr. Fairey has agreed that he will not use another A.P. photo in his work without obtaining a license from The A.P. The two sides have also agreed to work together going forward with the ‘Hope’ image and share the rights to make the posters and merchandise bearing the ‘Hope’ image and to collaborate on a series of images that Fairey will create based on A.P. photographs.” The statement added that the two sides had agreed to “financial terms that will remain confidential.”

Still ongoing is a separate copyright infringement lawsuit over the t-shirt company Fairey launched with the “Hope” image.