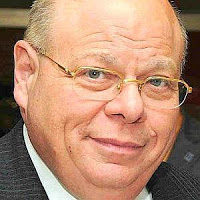 New York state Sen. Carl Kruger wants to make it illegal to use any electronic device while crossing the street.

Violators would be required to appear in court, and revenue from the $100 fines would go to a fund to educate people on the dangers of device distractions, the senator said. “This is not a nuisance offense,” Kruger said. “People are dying.” Kruger re-introduced the bill after a Manhattan man, who reportedly was using an iPod, was killed by a truck as it backed into an Upper East Side crosswalk last month. “If we were acting responsibly, then government would not have to interfere,” he said.

UNRELATED: Gay activists last year picketed a Kruger fundraiser, claiming that the Brooklyn Democrat was a closet case who voted against same-sex marriage in order to hide his sexuality.