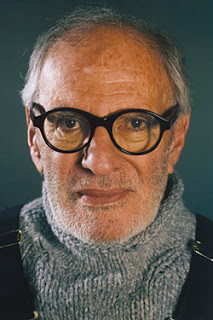 As the world approaches the 30th anniversary of the first noted cases of AIDS, famed activist Larry Kramer publishes a typically blistering editorial for CNN International in which he shouts that AIDS is a plague that was allowed to happen. And still is. An excerpt:

For some 30-plus years, I have been trying to tell the world where this plague came from and why, and I will continue to do so until I die, too. You see, I simply can’t get the memories and the ghosts of just about every friend I had out of my life. And since there is no doubt in my mind that this plague of HIV/AIDS that took them from me was and continues to be allowed to happen, I am duty bound to tell this hideous history as best and as fully as I can. It’s the least I can do. That is correct: This plague of HIV/AIDS was intentionally allowed to happen. It still is. Nothing has changed in the intentionality department. Hate has a way of hanging around forever and too often winning out in the end.

Please read Kramer’s full piece, especially his “ten realities about AIDS.” And read the comments, where AIDS denialists and anti-gay Christians are rushing to attack.