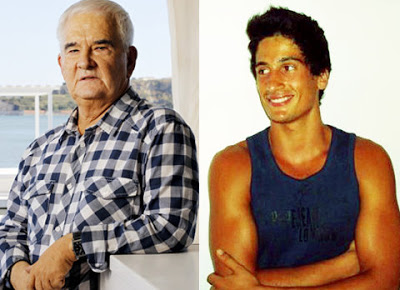 Killer Model Confesses: I Murdered Him To Get Rid Of His Homosexual Demons Portuguese model Renato Seabra has confessed to the grisly murder of gay activist and fashion journalist Carlos Castro, whose mutilated body was found in a posh midtown NYC hotel over the weekend. Seabra told police that he used a corkscrew to sever Castro’s testicles in order to free the older man of his “homosexual demons.” Seabra added that he himself was “not gay anymore.”

Seabra was charged with second-degree murder, police said Monday. Seabra and Castro came to New York from their native Portugal and by all accounts were a couple – but Seabra appears unable to admit that, police sources said. “He said he did it to get rid of [Castro’s] homosexual demons,” one of the police sources said. Police believe the two men had dated for several months, even though Seabra’s family insisted the tanned hunk is straight. “My son was not Carlos Castro’s lover,” Seabra’s mother, Odília Pereirinha, told a Portuguese TV station. “From the beginning, he never hid his sexuality, which is heterosexual.” Castro was a high-profile gay activist and society columnist in his home country. Seabra’s claim to fame was as a pretty boy contestant on a top model reality show.

Seabra remains in a psychiatric ward in Bellevue Hospital where he was treated for self-inflicted cuts to his wrists.