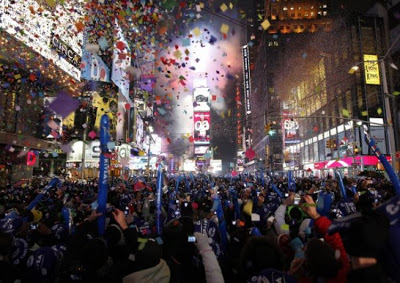 Well, it was quite eventful year for this here website thingy. We saw over 15 million hits on just under 8000 posts where all you crazy kids left about one million comments. As a friend of mine likes to say, blogging is like a homework assignment that’s never done but always due. But somehow after almost seven years of JMG, I’m having even more fun than ever, thanks largely to hugely participative nature of what we do here and all of your emails, tips, and hard work.

Here’s just a few highlights from a very busy JMG year: We got some nice recognition from a major media personality for our part in bringing down a loathsome homophobe. We freeped polls, crashed the website of an anti-gay gubernatorial candidate, and sent uncountable minions demanding redress from corporations. We were thrust unexpectedly into the national media due to the hate speech of a Senate staffer whose equally homophobic boss was forced into a public apology. I made my network television debut and cohosted my first fundraiser for a U.S. Senator. For the cherries on 2010, I was humbled to be honored by the Ali Forney Center and to be named Best Political Blog by the Village Voice.

And I was lucky enough to meet hundreds of you great folks at JMG meet-ups in Las Vegas, San Francisco, Fort Lauderdale, Philadelphia, and Montreal and New York! Whew! I’m grateful to all of you for continuing readership, for your unflagging commitment to equality, and for your, ahem, vociferous participation here in the JMG community. Tonight, I’ll be raising my glass to each and every one of you. I’ll be raising it a lot! Thank you all.