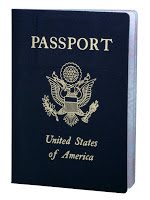 Last December the State Department announced that passport applications would begin using the terms “Parent 1” and “Parent 2” rather than “mother” and “father.” But predictably, anti-gay and Christianist groups have been screaming their heads off and today Secretary of State Hillary Clinton ordered an amending of the planned change.

The State Department said Saturday that Clinton had instructed the department to retain “mother” and “father” in passport applications as well as in a form known as a “Consular Report of Birth Abroad” that U.S. embassies use to document the birth of a child to expatriate Americans. It said the forms will now ask for the names of the child’s “mother or parent 1” and “father or parent 2.” Gay and lesbian groups had applauded the initial change, which was announced with little fanfare in late December. But conservative groups criticized it as an attack on traditional marriage and family values.