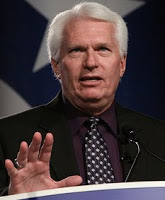 American Family Association: It’s Time To Return To A Biblical System of Justice “If biblical standards of evidence were still followed in America’s judicial system, as they once were, you would have only an infinitesimal chance of sending an innocent man to death row. Too many are sentenced to die or to long prison terms today based on the testimony of a single witness. That’s exactly how you get innocent people sent away for life. Once again, the Bible is the solution, not the problem.

“The only exception was that when a man killed another man unintentionally – the death was accidental – he could flee for safety to a city of refuge until his trial was held. It’s worthy of note that there was no system of incarceration in ancient Israel. A crime against property was taken care of through restitution plus a substantial penalty. A crime against life was taken care of through execution. Think of the money we could save if we returned to something approximating this simple but elegant system of justice.” – American Family Association radio host Bryan Fischer, channeling the Iranian justice system.

Right Wing Watch observes: “Is anyone surprised that Fischer wants to see our justice system modeled on these ‘simple’ Biblical principles which demand that adulterers, gays, those who curse their parents and those who worship other gods be put to death?”