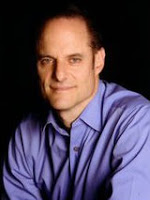 Quote Of The Day – Michael Weinstein “Recent headlines that heralded taking medication as a means of preventing transmission of HIV among gay men were applauded by many AIDS experts. The news came in a study of nearly 2,500 men in six countries that found that an average man taking the medication was 44 percent less likely to become infected than a control group taking a placebo.

“How very sad that we have come to this point. The applause for this approach shows just how disposable we consider the lives of gay men. If we were talking about protecting the general population with a treatment that was only 44 percent effective, would we be celebrating? Yet that is how the media and most of the public interpreted this study. [snip]

“I applaud efforts to find new ways to prevent HIV transmission. However, far too often baby steps forward are interpreted as huge leaps in scientific knowledge. We must consider this if we are going to offer up hundreds of thousands of gay men for this misguided experiment.” – AIDS Healthcare Foundation head Michael Weinstein, writing for the San Jose Mercury-News.