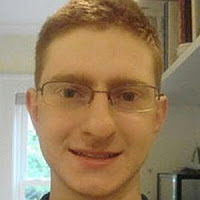 The parents of Rutgers freshman Tyler Clementi have filed notice of possible intent to sue the school. Clementi jumped to his death from the George Washington Bridge earlier this year after other students webcast a sexual encounter he’d had with a man in his dorm room.

The parents, Joseph and Jane Clementi of Ridgewood, N.J., filed legal notices with the university on Friday, said Paul Mainardi, a lawyer for the family. By law, they must wait six months to file a lawsuit, but they had to give notice within 90 days after the death to preserve their right to sue. Mr. Mainardi said that the notices did not necessarily signal an intention to sue. “A decision as to whether to file suit against Rutgers University in the future has not been made,” he said.

One of the legal notices filed last week, a notice of tort claim, contends that Rutgers “failed to put in place and/or implement, and enforce, policies and practices that would have prevented or deterred such acts.” Another notice claims the university broke its agreement with Mr. Clementi to protect him. E. J. Miranda, a spokesman for Rutgers, said the university shared the family’s sense of loss and understood that they would question whether an institution or other people were to blame. “While the university understands the reaction,” he said, “the university is not responsible for Tyler Clementi’s suicide.”

The students responsible for the webcast have since withdrawn from the school after being charged with invasion of privacy. They may face additional charges.