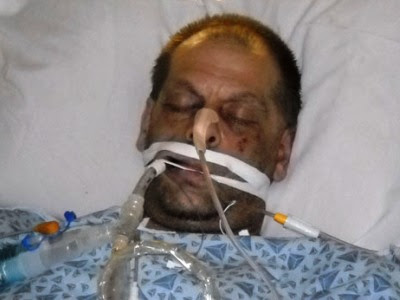 Two men charged in the brutal October 2009 gay-bashing of Queens resident Jack Price have pleaded guilty to hate crimes. Price, 49, spent days in a medically-induced coma after the attack left him with collapsed lungs, multiple broken ribs, and liver and spleen damage.

Daniel Rodriguez, 22, of 502 115th St. in College Point, pleaded guilty Tuesday to one count of first-degree robbery as a hate crime for the Oct. 8, 2009, robbery of Jack Price, 50, after he exited a neighborhood deli, according to Queens District Attorney Richard Brown. “Today’s guilty plea ensures that the victim of a crime motivated by hate will receive justice,” Brown said. “The defendant is expected to be sentenced to a term of imprisonment that will serve as both a punishment for his actions and a deterrent to those who would commit hate crimes, whether they be motivated by gender, religion, sexual orientation or ethnicity.” In exchange for the plea, Queens Supreme Court Justice Barry Kron promised Rodriguez a sentence of between eight and 12 years in prison and post-release supervision. Rodriguez’s co-defendant, Daniel Aleman, 27, of 18-04 College Point Blvd. in College Point, pleaded guilty to first-degree robbery as a hate crime Nov. 23. He is expected to be sentenced to eight years in prison and five years’ post-release supervision Dec. 13. Rodriguez is slated to be sentenced Jan. 21.

Readers of this blog may recall that when we attended the vigil for Price at the scene of the attack in Queens, we were dumbfounded to be faced down by a chanting pro-hate crimes group of local thugs, some of whom found JMG postings about the attack and left threatening comments. I’m not crazy about a plea deal in which these losers get a mere eight years in prison for an attack that put somebody on life support, but today we do have some justice for Jack Price.

VIDEO: It’s very hard to watch, but here’s the security video that closed the prison doors on these two scumbags.