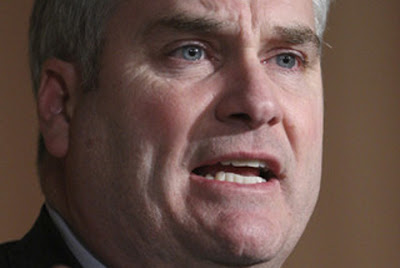 So much for the huge donation Target made to the campaign of anti-gay bigot Tom Emmer. Via Washington Post:

Republican Tom Emmer has conceded the Minnesota governor’s race to former Sen. Mark Dayton (D), bringing a close to the last undecided governor’s race of 2010 and finalizing the playing field for the 2011 nationwide redistricting. “Minnesotans have made their choice, by however thin a margin, and we respect that choice,” Emmer said. Emmer said he will not press forward with a legal challenge following a recount that left him behind by nearly 9,000 votes. Dayton’s win means Republicans will control 29 of the 50 governorships, while Democrats control 20. One seat will be held by an independent, former GOP Sen. Lincoln Chafee in Rhode Island.

Previous How We Got The News
Next FLORIDA: First Commercial Space Vehicle Launches Test Flight From Cape Canaveral