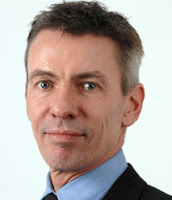 “I can’t help feeling that his decision to become a father is another grotesque act of selfishness from Sir Elton, and that the child is a little Christmas bauble he and his partner have awarded themselves. How telling it is that he was born on Christmas Day. [snip] He [Sir Elton] is also an aging, pampered, self-indulgent millionaire — look at the absurd names he and Furnish have given the poor child, for heaven’s sake! And it is the nagging suspicion that Elton — a man who is by nature an obsessive — has simply acquired a son to satisfy his latest fixation that I find repellent.” – Andrew Pierce, editor of the UK’s Daily Mail, who was adopted from a Catholic orphanage at the age of two.

Pierce adds in today’s editorial: “Let me make my position clear. I am a gay man and I believe same sex couples should be allowed to adopt or have their own children — although I think that in ideal ­circumstances a child should be brought up by a mother and father.”