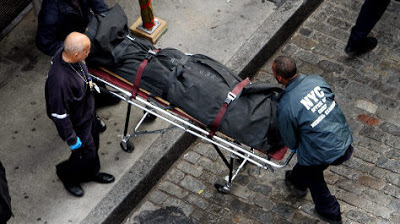 The 46 year-old son of convicted Ponzi schemer Bernie Madoff was found hanging from a dog leash in his Manhattan apartment today.

Mark Madoff, in desperate early morning e-mails to his wife, said he could no longer live with the curse put on the family by his disgraced dad, sources told the Daily News. “At one point he said something like, ‘You’ll have a better life if I’m not around … I love you … Our son needs someone here,'” one source told the News. Madoff, 46, was discovered hanging from a pipe inside the living room of his luxurious Mercer St. home in Soho around 7:30 a.m. by his father-in-law, who immediately called 911, the sources indicated.

Mark Madoff was being sued by many of his father’s clients, who claim that he benefited from the scheme to the tune of tens of millions of dollars. However he faced no criminal charges.