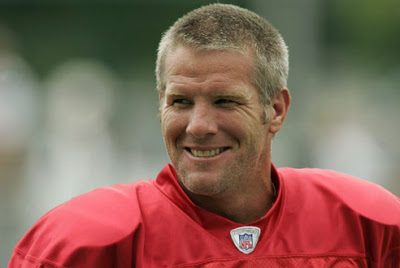 Minnesota Vikings quarterback Brett Favre has been fined $50,000 by the NFL for sending his cock shot to a female employee of the New York Jets, for whom Favre played at the time. Favre had faced a suspension by the league, a slight punishment considering he is expected to retire after this weekend. The fine is less than 1% of Favre’s 2010 salary, but on a per-inch basis (NSFW), the fine, at least, is a whopper.