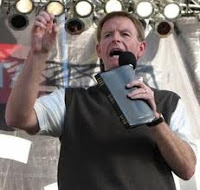 “Writes distraught liberal blogger, Will Neville: ‘Two years from now, we will look back on November 2, 2010, as the day that far-right Republicans ushered in the most anti-choice, anti-sex ed, anti-LGBT, anti-family planning Congress in our nation’s history.’ We certainly hope so!

“Seventy-four judges were up for retention in Iowa–and only the three who imposed same-sex ‘marriage’ on the state are now unemployed. Coincidence? Of the Maine legislators who redefined marriage in 2009, 22 woke up Wednesday morning without jobs. In at least six state legislatures, where a push for same-sex ‘marriage’ was imminent, Democrats lost their majorities. Say what you will about these midterm elections. But the message to politicians and judges is that there is a political price to pay for imposing a pro-homosexual agenda on people without their consent.” – Family Research Council executive director Tony Perkins.