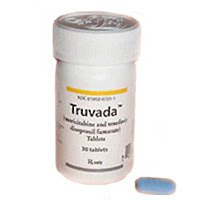 A just-released pre-exposure prophylactics (PreEP) study reveals that taking the HIV drug Truvada once a day reduces the incidence of HIV infection by about 44%. The result was even better among men who were the most compliant about taking the drug every day.

The drugs tenofovir and emtricitabine, packaged as a once-daily pill and sold in drugstores as Truvada, reduced HIV infections by an average of 44% among gay and bisexual men who took the drug, compared with those taking a placebo. Men who reported being the most diligent about taking their pill each day reaped an even bigger benefit, reducing their risk by 73%. “This is a huge step forward,” says lead researcher Robert Grant, at the J. David Gladstone Institute at the University of California-San Francisco, a non-profit research foundation that carried out the study. David Paltiel of Yale University says that his research shows that Truvada could be as cost-effective a prevention method as those used to combat heart disease diabetes and cancer, despite its $8,700 annual cost.

The findings have bred new enthusiasm in a field where, for years, optimism was rare. Over 30 years, HIV has infected 40 million people. But this year alone, researchers have demonstrated that a pill and a vaginal gel (containing a component of Truvada) can prevent HIV and shown, at least in concept, that a vaccine can work. This is a very exciting, dynamic time in HIV prevention research,” says Alan Bernstein, head of the Global HIV Vaccine Enterprise, a non-profit effort to accelerate vaccine research. “It couldn’t come at a better time. There’s clearly a growing realization that we’re not going to be able to treat our way out of this epidemic.

Read the full details of the study.