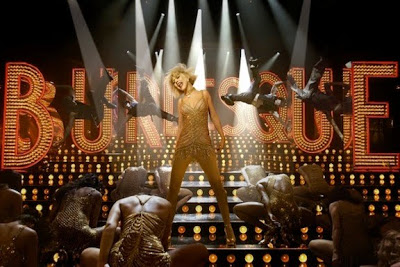 Burlesque was stinking up the joint at theaters nationwide this weekend and is now predicted not to make up its production cost.

According to estimates, two films are tied for fourth place this weekend: the $55 million Screen Gems musical Burlesque and the Fox thriller Unstoppable, each with approximately $11.8 million in ticket sales. Burlesque, which was hammered by critics (a less-than-stellar 33% approval rating on Rotten Tomatoes), got off to a pretty weak start with only $5.3 million in mid-week sales. For its first five days, Burlesque teased $17.2 million in ticket sales. Despite the presence of singers Aguilera and Cher, each whom have a considerable fan following (I think), it appeared that no one outside of those two camps were interested in seeing the latest Chicago wannabe.

I’m told that Burlesque even played to mostly-empty houses in Chelsea. Chelsea!

Previous Thomas Roberts – It Gets Better
Next Sarah Palin On WikiLeaks