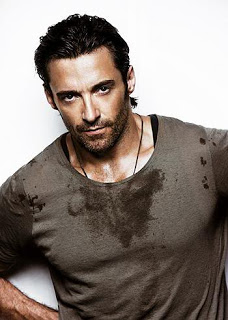 – Hugh Jackman will star in a new musical titled Houdini, scheduled to open sometime in 2012. Aaron Sorkin is doing the book, Danny Elfman (!) is writing the music, lyrics by Glenn Slater.

– The musical version of Women On The Verge just opened and the reviews are scathing.

– Kiefer Sutherland will make his Broadway debut this March in the revival of Jason Miller’s Tony-winning That Championship Season. Chris Noth and Jason Patric to co-star.

– Soap opera stars will join Broadway Cares/Equity Fights AIDS for their spring gala at Town Hall. Scheduled to appear: Cameron Mathison, Anthony Geary, the cast of The View, others. Get tickets here.

– The delay-plagued Spider-Man has pushed back opening day yet again, this time to January 11th, missing the entire (and very lucrative) holiday box office.

– The Off Broadway revival of Tony Kushner’s Tony and Pulitzer-winning Angels In America is earning rave reviews. Who here has seen it?

VIDEO: Here’s the trailer for the Pee-Wee Herman Show, which is now in previews. Previous Cyndi Lauper Turns The Empire State Building Green For Homeless LGBT Youth
Next Does This Mean The TSA Is Going To Start Asking Us To Remove Our Faces?