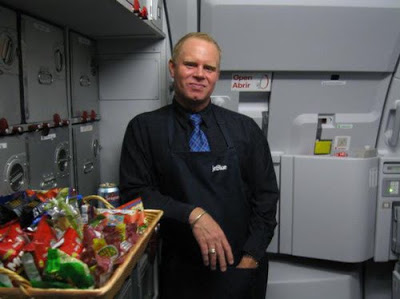 Famed/infamous JetBlue flight attendant Steven Slater pleaded guilty today to one count of felony attempted criminal mischief and one count of misdemeanor criminal mischief. A one to three year sentence was suspended with the agreement that Slater enter a year-long mental health program. Slater also agreed to begin substance and alcohol abuse counseling and to pay his former employer $10,000 for the cost of the emergency chute he deployed to make his dramatic exit. If he successfully completes the terms of his plea bargain, his felony conviction will be expunged and replaced with a misdemeanor. Let the TV movie begin!

Previous Christine O’Donnell: There’s No Such Thing As Separation Of Church And State
Next Is This Gotham’s New Cab?