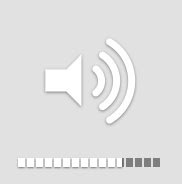 On Wednesday the Senate approved a bill requiring TV stations and cable networks to keep the audio volume of commercials at the same level of the shows they interrupt. The House has passed a similar bill already.

Correcting sound levels is more complicated than using the remote control. The television shows and ads come from a variety of sources, from local businesses to syndicators. Managing the transition between programs and ads without spoiling the artistic intent of the producers poses technical challenges and may require TV broadcasters to purchase new equipment. To address the issue, an industry organization recently produced guidelines on how to process, measure and transmit audio in a uniform way. The legislation, sponsored by Sheldon Whitehouse, D-R.I., requires the FCC to adopt those recommendations as regulations within a year and begin enforcing them a year later. Rep. Anna Eshoo, D-Calif., is the driving force behind the bill in the House.

The bill goes into reconciliation between the two chambers when Congress returns for their lame duck session.

Previous The Gays Are Taking Over TV!
Next MICHIGAN: Andrew Shirvell Isn’t Suspended, He’s On A Leave Of Absence