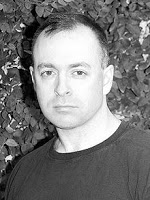 “The body count of the gay rights movement grows by one. Despite literal decades of preaching about the morality of homosexuality, despite the pansexual propaganda of the public and private schools, the knowledge that what he was doing was shameful and wrong still managed to penetrate Mr. [Tyler] Clementi’s mind. A normal man being forced to confront his immorality in such a public way might have reacted with anger, irritation, embarrassment, or amusement, but only one who is both psychologically disturbed and appalled by his own actions will destroy himself over it. [Snip]

“So it was not a juvenile prank that killed the unfortunate Mr. Clementi even though it served as the proximate trigger for his lethal actions. If anyone other than Mr. Clementi should be blamed for his suicide, it is those who repeatedly encouraged him to behave in a way that would fill him with such guilt, remorse, and shame.” – World Net Daily columnist Theodore Beale, writing on his personal blog. Beale writes for both sites under the pseudonym Vox Day.

Previous Cebu Pacific Flight Safety Demo
Next The Gays Are Taking Over TV!