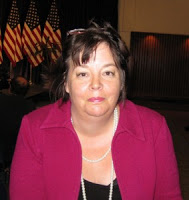 “LGBT teens were roughly four times as likely as other students to attempt suicide in the last year. They’re also about twice as likely to report being in a physical fight at school, three times more likely to say they were injured by a weapon and almost four times as likely to say they missed school because they felt physically unsafe, compared to other teens. These kinds of negative outcomes are consistent with the idea that anti-gay bullying is mainly responsible for the higher suicide rate among gay teens. But as I kept reading, I kept finding pieces of the puzzle that don’t seem to fit the ‘it’s homophobia pulling the trigger’ narrative.

“Gay students are also more than twice as likely to report having had sexual intercourse before age 13 — that is, to be sexually abused as children. They are three times as likely to report being the victims of dating violence, and nearly four times as likely to report forced sexual contact. A majority of LGBT teens in Massachusetts reported using illegal drugs in the last month. (Perhaps most oddly, gay teens are also three times as likely as non-gay teens to report either becoming pregnant or getting someone else pregnant.) Forced sex, childhood sexual abuse, dating violence, early unwed pregnancy, substance abuse — could these be a more important factor in the increased suicide risk of LGBT high schoolers than anything people like me ever said?” – Maggie Gallagher in a New York Post column that opens, “Do I have blood on my hands?” Yes, Maggie. You totally fucking do.

Previous Google Staffers – It Gets Better
Next Daily Grumble