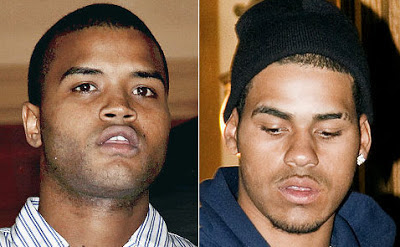 Yesterday a grand jury returned hate crimes indictments for three members of the Latin Kings Goonies gang, who are accused in a brutal gay bashing in the Bronx that took place earlier this month.

Elmer Cofresi, 23, Nelson Falu,17, and Ruddy Vargas, 22, are charged with multiple hate crimes in the anti-gay gang assault this month. Seven alleged members of a homophobic gang known as the Latin Kings Goonies have been charged in the brutal robbery and assault, during which two men were sodomized with wooden objects. Four teens originally charged in the case were released following an investigation by the Bronx district attorney’s office.

All of the suspects will be back in court on November 23rd for the setting of their trial dates.