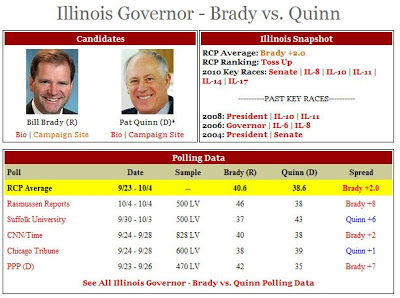 GOP state Rep. Bill Brady has a slight polling lead over Illinois Gov. Pat Quinn, who today predicted that civil unions could become legal in his state “by the end of the year.” Early this year, Equality Illinois described Bill Brady as having “supported or co-sponsored every piece of anti-gay legislation there has been in Springfield – from a constitutional ban on same-sex marriage to gutting the Illinois Human Rights Act.”