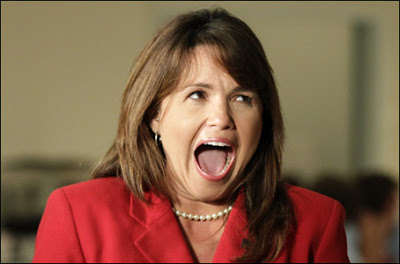 [O’Donnell] acknowledges using campaign money to pay part of the rent on her current town house. Her attorney maintains someone with the Federal Election Commission approved the arrangement, although the commission’s rules say candidates can’t use campaign money for their mortgage or rent “even if part of the residence is being used by the campaign.”

The watchdog group Citizens For Ethics in Washington responds: “Ms. O’Donnell has spent years embezzling money from her campaign to cover her personal expenses. Republicans and Democrats don’t agree on much these days, but both sides should agree on one point: thieves belong in jail not the United States Senate.”

Previous Paid For By Meg Whitman Who Invented Everything Good In California
Next Will Angry Gays Cost The Dems?