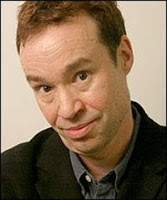 Ben Brantley On The Future Of Drag “How much longer can they continue without a fresh batch of bona fide female stars to draw inspiration from? Since the 1960s, such role models have been scarce. Sure, there have been beautiful-freak performers like Barbra Streisand and Liza Minnelli, with their surreally emotive song stylings (descended from the patron saint of musical drag queens, Minnelli’s mother, Judy Garland).

“But with the feminist movement and the let-it-all-hang out ethos of the hippies that took hold in the post-Kennedy years, heroines in movies started to look more like natural women (to borrow a title from Carole King). In the 1970s and ’80s, Diane Keaton, Jane Fonda and Jill Clayburgh emerged as strong personalities, but they were not obvious fodder for drag shows. In the so-called postfeminist era, women may have stepped back into high heels and makeup as thick and precise as a geisha’s. But now they wear these identities with quotation marks, as female impersonators had before them.” – New York Times theater critic Ben Brantley, in an interesting piece on the future of drag. Read the entire thing.