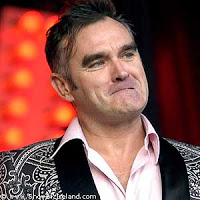 Quote Of The Day – Morrissey “Did you see the thing on the news about their treatment of animals and animal welfare? Absolutely horrific. You can’t help but feel that the Chinese are a subspecies.” – Vegetarian and pop singer Morrissey, speaking to the Guardian.

Morrissey later expanded on his remarks: “If anyone has seen the horrific and unwatchable footage of the Chinese cat and dog trade – animals skinned alive – then they could not possibly argue in favour of China as a caring nation. There are no animal protection laws in China and this results in the worst animal abuse and cruelty on the planet. It is indefensible.”