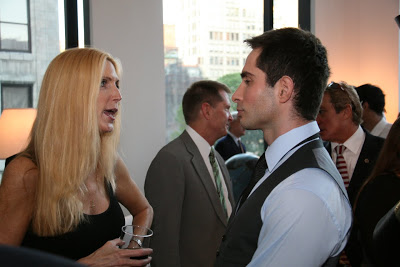 The PR firm attached a file of the exchange and I’ve uploaded it to YouTube. Lucas’ accent makes him a bit difficult to understand, but it seems like he’s trying to get Coulter to state whether she believes homosexuality is chosen. Coulter: “I’m not answering until you give me money.” That’s GOProud’s Christopher Barron trying to shut Lucas down.