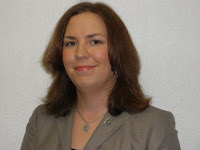 The Dallas Voice reports that the group backing Oklahoma Rep. Sally Kern have begun circulating an email describing her trans opponent Brittany Novotny as “a confused it” with a “hatred for God.”

The e-mail from the Oklahoma Conservative Political Action Committee, posted on Novotny’s website on Thursday, goes on to say that “Some have suggested that having a sex change operation is a person’s greatest act of rebellion and hatred toward God for His making them what they were.” “It is truly sad to see people reject God’s love for them by being willing to mutilate themselves,” the OCPAC e-mail states. “If they would submit their life to God, they could find the true the joy in life that will forever elude them while on their path of rebellion. The hatred and rage toward Sally continues unabated in the homosexual community because Sally dared to declare their political agenda for what it truly is, more dangerous to the future of America than the threat of terrorism.” The OCPAC e-mail comes not long after Kern herself defended the infamous 2008 comment saying homosexuals pose a bigger threat to national security than terrorists.

We’d expect nothing less from the detestable Rep. Kern. Hit the above link for the full text of the email.