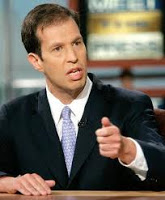 Newly out and still not sorry for damaging the lives of millions of LGBT Americans, Quisling Ken Mehlman is co-hosting a fundraiser for Randy Altschuler, the “family values” candidate for the U.S. House on Long Island. Altschuler, who has also been endorsed by Newt Gingrich, says that his family values will have the “single greatest influence” on his voting record, should he be elected. He also launched a petition campaign opposing the so-called Ground Zero mosque and supports building a ginormous fence to keep out them dirty Mexicans.