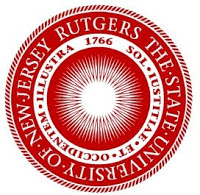 Two Rutgers University students have been charged with invasion of privacy after secretly live-streaming video of a gay student having sex with a man in his dorm room. Reportedly the gay student then committed suicide.

Dharun Ravi and Molly Wei, both 18, were charged with two counts of invasion of privacy after allegedly putting a camera in a fellow student’s room and transmitting a sexual encounter over the internet. Prosecutors said Ravi of Plainsboro tried to do the same thing to yet another classmate just days after the first incident. Wei, of Princeton, turned herself in Monday. Ravi was picked up Tuesday and released on $25,000 bail. Rutgers would not comment, but issued a statement saying: “The University takes this matter seriously and has policies in place to deal with this type of student behavior.”

CBS 2′s John Metaxas spoke with students on the Rutgers campus who used terms like “disgusting” and “extremely inappropriate” to describe the alleged spying. “I mean we all live in such close conditions with each other, it’s like breach of privacy…I think it’s gross,” Kate Perkowski said. “Extremely rude and it’s really obscene. I just can’t imagine someone would do that,” Preston Chang said. Under New Jersey’s privacy law it is a crime to transmit or even view images that depict nudity or sexual contact with an individual without that person’s consent. Possible penalties include a prison term of up to five years. Students on campus were upset and said the incident was a tremendous violation of privacy. “Let them know that you shouldn’t play around with that. That’s serious. That’s someones privacy right there,” Jovanny Hernandez said.

The name of the dead student has not been revealed. Last week his car was found near the George Washington Bridge, but a body has not been recovered.