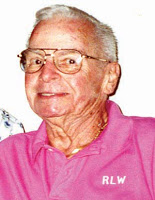 Bay Area Reporter columnist Richard Walters, who penned the paper’s gossip and nightlife updates as “Sweet Lips” for the last 39 years, has died at the age of 87.

Sweet Lips and the late B.A.R. founding publisher Bob Ross were roommates when Sweet Lips started his self-described gossip column. Friends had helped with the column in recent years. Declining health led him to retire the column in June. Thomas E. Horn, the B.A.R.’s current publisher, called Sweet Lips “the Herb Caen of the LGBT community from the 1960s on,” referring to the late, longtime San Francisco Chronicle columnist. For years, Sweet Lips wrote about people, bars, and events in San Francisco’s Polk and Tenderloin areas. He worked in a few of the bars in the area. “When the Polkstrasse was the center of gay life in San Francisco, Lips knew every bartender, every club owner, most of the patrons, all of the cute boys, and, thus, most of the gossip of the community,” said Horn in an e-mail. “He will always be a seminal part of gay history in San Francisco and will be particularly missed by his B.A.R. family,” Horn added.

RELATED: The Bay Area Reporter lost another of its longtime writers last October when leather columnist Mister Marcus died at age 77 after penning his column for 38 years.