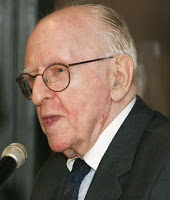 “While, Castro had no notion, of course, of what he was doing in this context at that time, in my view and in my interpretation of the dynamics of the 1960s Gay Movement, he triggered Stonewall and all that has followed.News of Castro’s incarceration of gays in detention camps in Cuba came out early in 1965 — probably in March or very early April. At that time ‘the 60s’ hadn’t yet erupted in their full force, but the precursors were very well advanced. Picketing was considered the mode of expression of dissent, par excellence.

“Jack Nichols approached me to suggest that we (‘we’ = The Mattachine Society of Washington, of which I was President) picket the White House to protest Cuba’s action. I felt that it was rather pointless to picket the American President to protest what a Cuban dictator was doing. So I suggested that we broaden and Americanize the effort. One or more of our signs said (in gross paraphrase, here, from memory) “Cuba persecutes Gays; is America much better?”, and others specifically addressed governmental and private anti-gay discrimination here, and other gay-related problems of the day. [snip]

“Ever since, it has been my view, and remains so, that those demonstrations created the protest-oriented mindset which made Stonewall possible, and that without it Stonewall just wouldn’t have happened. Therefore, several steps removed, and obviously utterly unbeknownst to him. by his 1965 detentions of Cuban gays, Fidel Castro precipitated and triggered Stonewall and all that we have gained from it since. So, if you enter into a same-sex marriage, or are helped by a gay-protective anti-discrimination law, or run for elective office an an open gay, thank Fidel.” – Gay rights pioneer Frank Kameny, in an email to Andrew Sullivan.

Previous LOS ANGELES: Student Loses Suit Against College For Stopping His Anti-Gay Speech
Next Televangelist Fraudster Peter Popoff Is Back To His Old Scamming Ways