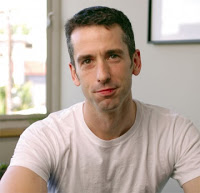 “I’ve sort of been in denial about the fact that Rick Santorum is going to run for president. But now I’m going to have to sic my flying monkeys on him. Rick would have prevented me and my partner from being able to adopt my son. If Rick Santorum wants to make a $5 million donation to Freedom to Marry, I will take it down. Interest starts accruing now.” – Dan Savage, referring to his famed website Spreading Santorum, which continues to dominate all Google searches for the GOP asshat. According to a search engine expert quoted on Mother Jones, it would be a near-impossibility for Santorum to overcome Savage’s site.

Previous B-Roll From Whitestock 2010
Next New From Crazy Eyes