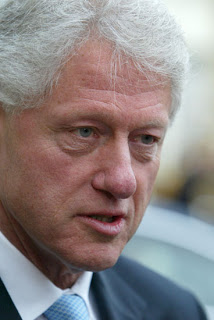 Saying that he only reluctantly signed DADT into law when it became clear that Congress would impose an outright ban on gays in the military if he didn’t, former President Bill Clinton told CBS News last night that he regretted his role in the creation of the bill. He also said that former Joint Chiefs Chairman Colin Powell was deceptive about how DADT would work. Transcript via the Advocate:

“Don’t Ask, Don’t Tell was only adopted when both Houses of Congress had voted by a huge veto-proof margin to legislate the absolute ban on gays in the military if I didn’t do something else. So there’s been a lot of rewriting history saying Bill Clinton just gave into that. That’s just factually false. I didn’t do anything until the votes were counted. Now, when Colin Powell sold me on Don’t Ask, Don’t Tell, here’s what he said it would be: Gay service members would never get in trouble for going to gay bars, marching in gay rights parades as long as they weren’t in uniform. That was what they were promised. That’s a very different Don’t Ask, Don’t Tell than we got.”