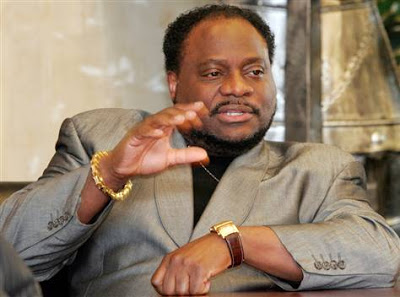 Two young men in Atlanta have filed lawsuits against nationally known televangelist Bishop Eddie Long, alleging that Long coerced them into having sex in exchange for luxury trips, cars and cash. In addition to preaching against homosexuality to his Atlanta mega-church, which seats 25,000, Long has appeared on national television to argue against same-sex marriage.

The men’s attorney called Long a “sexual predator” and said she is now talking to other potential victims. “It’s not just these two. There are young men around him at all times,” the men’s attorney B.J. Bernstein said. “There are kids at risk now.” The victims, Anthony Flagg, 21, and Maurice Robinson, 20, began having inappropriate relations with Long at the age of 16, which is the legal age of consent in Georgia, Bernstein said. Bernstein said she has not contacted DeKalb law enforcement because of Long’s ties to so many DeKalb officials.

Both men filed lawsuits Tuesday against Long and the church, alleging the bishop breached his pastoral duty. While Long likely cannot be charged with a crime in Georgia because the men consented, he could faces charges in other states, Bernstein said. The sex acts occurred while the men were between the ages of 16 and 20, the suit alleges. The attorney said she has asked the FBI to investigate allegations that Long had sex with the men in hotels in New York, Dallas, Tennessee, New Zealand and other areas. Long took Flagg to New Zealand for his 18th birthday, where his “gift” was sodomy, Bernstein said.

The two men claim that whenever they attempted to initiate relationships with young women, Long would intervene and attempt to end things.