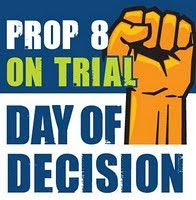 UPDATE: I’m moving this post back to the top of the blog because Rex’s list of planned rallies is now at 45 cities and growing. Veteran reporter Rex Wockner has compiled a growing list of rallies (and hopefully, celebrations) to take place around the nation today shortly after the release of the Prop 8 decision. A sampling:

New York City’s event will take place in downtown Manhattan at the New York Supreme Court, 60 Centre Street, at 7pm. I hope to see all of you there! Hit Wockner’s link for an event in your hometown. And below is a great advance video about today’s rallies from JMG reader Sean Chapin.