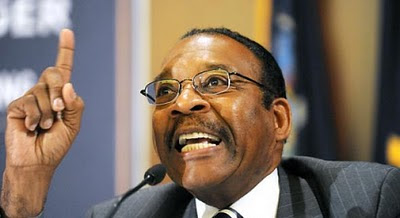 Queer Rising is outraged by New York State Senate Majority Leader John Sampson’s decision to hold a fundraiser for anti-LGBTQ Senator Ruben Diaz of the Bronx on Thursday, August 12th. Senator Diaz led the Democratic revolt against Marriage Equality in the Senate last December, and he is a key target of a unified LGBTQ effort. In response, Queer Rising invites all to join us at “The Sampson & Diaz Bigot Gala” paparazzi protest. “Queer Rising is in the business of holding people accountable for their anti-LGBTQ actions, attendees of this function are supporting a bigot and need to be exposed.” Natasha Dillon, a founding member of Queer Rising.