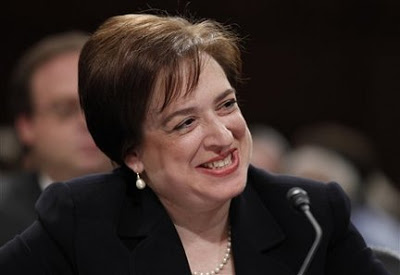 Elena Kagan was confirmed by the U.S. Senate this afternoon in a largely partisan vote of 63-37. Kagan becomes the fourth woman to sit on the Supreme Court, despite the ranting protestations of virtually all anti-gay groups, especially the Family Research Council’s Tony Perkins, who testified against Kagan before Congress. Two solid wins for the good guys in two days! And anguished times for the enemies of equality.

Previous HomoQuotable – B. Daniel Blatt
Next Is Mexico Next For Marriage Equality?