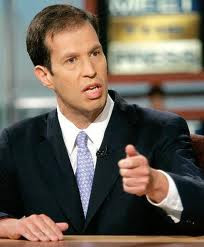 Maybe the $4M loft he bought in gay gay gay Chelsea this summer did (or more likely, brought) the trick, as Mike Rogers reports today that repulsive 2004 Dubya campaign manager and former RNC chairman Ken Mehlman is about to come out. [UPDATE: It’s official. See update at the bottom of this post.]

In 2004 Steve Schmidt (then the Republican National Convention spokesman and later the McCain campaign’s senior strategist) lied to me when I asked him point blank about Mehlman. “Ken Mehlman is not gay,” he proclaimed. In 2006, Mehlman told the New York Daily News, “I am not gay, but those stories did a number on my dating life for six months.” It’s so nice to be proven right, me that is, not Ken. If this move doesn’t call for a Roy Cohn Award, I don’t know what does. Ken Mehlman is horridly homophobic and no matter how orchestrated his coming out is, our community should hold him accountable for his past.

As we saw with Jim McGreevy, many gay leaders will attempt to elbow themselves to the front of the line to say on cable TV how wonderful it is that Ken is now being honest with the American people. Someone will be quoted in the New York Times saying something like, “After so many years of working for the Republicans, it’s wonderful to see Ken be true to himself.” Or perhaps you’ll read a quote in the Washington Post about how “every gay person is on their own personal journey and we are happy Ken has decided to be so open about his personal struggle.” Next up will come the book, then the TV shows, and of course the speaking tour. I’ll only buy it if he is really sorry.

Mehlman’s crimes against his own people are motherfucking LEGION. Mike Rogers continues:

We can be sure that GOProud and the Log Cabin Republicans are positively drooling over the prospect of welcoming Mehlman onto their boards of directors. VOMIT.

“It’s taken me 43 years to get comfortable with this part of my life. Everybody has their own path to travel, their own journey, and for me, over the past few months, I’ve told my family, friends, former colleagues, and current colleagues, and they’ve been wonderful and supportive. The process has been something that’s made me a happier and better person. It’s something I wish I had done years ago. I wish I was where I am today 20 years ago. The process of not being able to say who I am in public life was very difficult. No one else knew this except me. My family didn’t know. My friends didn’t know. Anyone who watched me knew I was a guy who was clearly uncomfortable with the topic.”

Read the entire story on the Atlantic. Andy Towle is reporting that Mehlman has already agreed to chair a “major anti-Prop 8 fundraiser” for Americans For Equal Rights, Ted Olson and David Boies’ outfit. Gee thanks, shitbag. That’s like offering to help rebuild a house when YOU were the fucker that helped BURN IT DOWN.